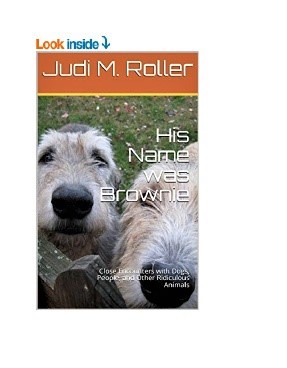 My second book, His Name was Brownie: Close Encounters with Dogs, People, and Other Ridiculous Animals, is now available on amazon.com. My first won an Outstanding Academic Book award, but it was “for serious” and this one is “just for fun.” A mixed-breed offspring of Marley and Me and All Creatures Great and Small, it’s peopled with multiple Marley’s (and Marla’s as well). Collies and Irish wolfhounds bound through the pages; but they have many companions, including a demented border collie mix, two twenty-five pound attack cats, the monkey from Hell, black witch moths, two Siamese cats, and a bufo. Their escapades take them through beautiful areas of Ohio, Pennsylvania, and Hawaii, before the clan finally lands in Wisconsin near the Wisconsin River. My B.A. cum laude in English and biology was earned at Bowling Green State University, and my doctorate in English came from the University of Michigan, even though I am a home-grown Ohio State Buckeye, which became a fun challenge while I was teaching Freshman English during my graduate work at Michigan. Now retired from university administration, I have more time for dogs, golf, travel, bridge, writing and reading. 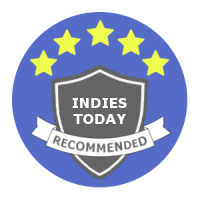 1/8/19   So…. you know that awful feeling when you walk into a room in your house, sniff, and think “Oh no, who had diarrhea?”  You’re sure it’s not the dog in the kitchen because you can see him and he never has diarrhea, so you guess it’s one of the four in the basement and you rush downstairs.  All four look at you inquiringly as in “Why did you rush down the stairs?”  So you rush back up the stairs, assuming the one in the kitchen is having really bad gas.  As you’re about to let him outside, you realize the odor is coming from your microwave–it’s your dinner–so much for spinach soufflé!